I have not done any further research on Peter Knapp other than to see that there are 14 listings on the Soldiers & Sailors database. If you see anything further or do any research on Mr. Knapp please feel free to add it to the comments section.


Civil War veteran to be laid to rest decades after death 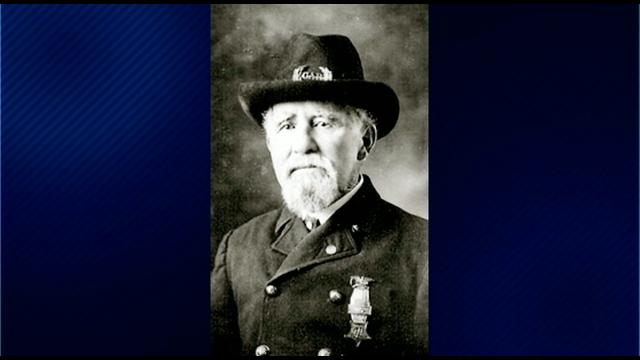 A Civil War veteran will be laid to rest with full military honors Friday, 88 years after he died.
The cremated remains of Peter Knapp and his wife, Georgianna, sat in storage at a crematorium in Portland until a distant relative tracked them down.
Alice Knapp didn't start out looking for the remains. Instead, she was trying to track down a diary Peter Knapp kept during the war.
"I'm just floored at the attention this is getting. I'm very, in a sense, very humbled by the whole experience," she said. "All I wanted to do was get information and find the diaries."
Peter Knapp is the "third great-uncle" of her late husband, she said. The soldier began fighting for the Union during the Civil War and even spent months in a Confederate prison in Andersonville, GA.
After the war, he settled in Kelso and began operating sawmills. Peter Knapp died in 1924. His wife died a few years later. For reasons no one knows, their remains were never interred.
Alice Knapp, of Nehalem, has been researching the family's genealogy since the 1980s, an endeavor that's gotten easier thanks to the internet.
After a distant cousin, found online, mentioned Peter Knapp's diary, Alice Knapp's research led her to a crematorium where the remains were being held.
She said, "I just felt that, you know, if it was a relative of yours, if you suddenly discovered your relative was forgotten about at a mortuary somewhere, and had never been buried or no final arrangements made for them, wouldn't you want to bury them?"
The ceremony will be held April 13 at 3 p.m. in the Willamette National Cemetery.
Copyright KPTV 2012 (Meredith Corporation). All rights reserved.
Posted by Robert at 4:46 PM