Thanks going out to the great folks at Random House for providing copies of two new releases AND also for providing an extra copy of each to be given away to a reader! See my second blog posting for information on the other book. The press releases are kind of long and didn't format well.

Now, if you would like a FREE copy, be sure to read the press release below and then post a comment telling me what you think you will like about this book. On June 3rd I'll take a look at the comments and choose a winner. Please make sure I have a way to contact you in order to get your address. The book is ready to send out!


A rousing cross-country journey, from small towns to big cities, in search of


GLOWING EARLY PRAISE FOR HERE IS WHERE:
“Carroll takes readers on an eye-opening and entertaining grand tour of America in this lively exploration of lesser-known or overlooked historical sites.… Part travelogue, part history, this book should be required reading for anyone interested in America’s past.” —Publishers Weekly (starred review)
“Carroll makes eloquent pleas for the importance of forgotten [historical] episodes.… He is a good storyteller and
has done an impressive amount of research.”
—Kirkus Reviews
This is a terrific book: refreshingly original, fast-paced, entertaining, and always insightful. It’s full of fun and interesting stories that bring the past to life and remind us that we are surrounded by the artifacts of history."
—Steven M. Gillon, Scholar-in-Residence at The History Channel
"Impressive…. Carroll has discovered a way of doing history that, once you see it, seems so obvious, indeed right under your nose or feet.  But to the best of my knowledge, no one has done this before."
—Joseph J. Ellis, Pulitzer Prize winning author of Revolutionary Summer and Founding Brothers

The bestselling author of WAR LETTERS, Andrew Carroll, is back with a sensational new book, HERE IS WHERE: Discovering America’s Great Forgotten History (Crown Archetype: May 14, 2013). The product of years of research and travel, HERE IS WHERE spotlights the unmarked locations where heroic individuals lived, groundbreaking innovations occurred, and momentous events unfolded. The book is also the cornerstone of a major campaign to identify and preserve neglected historic sites throughout the United States.

Carroll’s quest started as so many do: with a great story. Intrigued by a little-known account of Edwin Booth – brother of the assassin John Wilkes Booth – saving the life of Abraham Lincoln’s son at a New Jersey train station, Carroll began seeking out other forgotten but fascinating sites we walk by every day. HERE IS WHERE covers the full sweep of our nation’s past, from the first Native Americans, explorers, and pilgrims who set foot on this land, to the pioneers, patriots, inventors, and activists who transformed it.

Carroll visited every region of the country, and HERE IS WHERE follows his incredible trek – by car, plane, train, helicopter, kayak, bus, and bike – as he uncovers hidden history sites across America, including in:


·         Mound City, Arkansas, where a boat carrying Civil War soldiers exploded on the Mississippi River, a disaster that claimed more lives than the sinking of the Titanic (p. 34)


·         Saluda, Virginia, where an African-American woman refused to give up her seat on a bus, prompting a U.S. Supreme Court desegregation case—more than 11 years before Rosa Parks made her stand (p. 172)


·         Caledonia, North Carolina, where a prison inmate created a weapon, with the warden’s permission, that revolutionized modern warfare (p. 213)


·         Peoria, Illinois, where a group of USDA and British scientists secretly worked to mass produce penicillin at the beginning of World War II, ultimately saving tens of millions of lives (p. 304)


·         Philadelphia, Pennsylvania, where a copy of the Declaration of Independence was discovered that pre-dates the one on display at the National Archives (p. 409)

Timed with the publication of the book, Carroll is embarking on a 50-state, year-long tour to share his findings and energize people from all walks of life to search for great unmarked places in their own communities. Carroll is also using proceeds from his book to put up historical markers at specific sites.

Carroll’s previous bestseller, WAR LETTERS, inspired an ongoing nationwide effort to honor America’s troops and veterans by collecting and archiving their wartime correspondence. His love for history is genuine and deeply personal; ironically, Carroll grew up disliking the subject—until his house burned down and everything he had was destroyed. Losing all of his family memorabilia made him realize the importance of saving the past, and he’s been an impassioned and dedicated advocate for historic preservation ever since. Here Is Where is a thoroughly entertaining but profound reminder that the places we pass by often harbor astonishing secrets and that amazing, little-known stories are all around us, just waiting to be found.


ANDREW CARROLL is best known as the editor of WAR LETTERS, which sold more than 300,000 copies and inspired a critically acclaimed PBS documentary. His other New York Times bestsellers include LETTERS OF A NATION and BEHIND THE LINES. He also edited the anthology OPERATION HOMECOMING, which inspired the Oscar-nominated and Emmy-winning film of the same name. Carroll lives in Washington, D.C., and Orange, California, where he serves as the director of the Center for American War Letters at Chapman University. 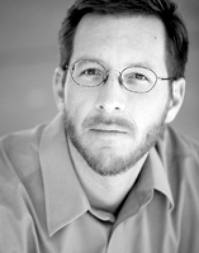 Also available as an eBook and on audio from Random House